Sloboda MiÄaloviÄ: After the film “On the Milky Road” it is difficult to go on 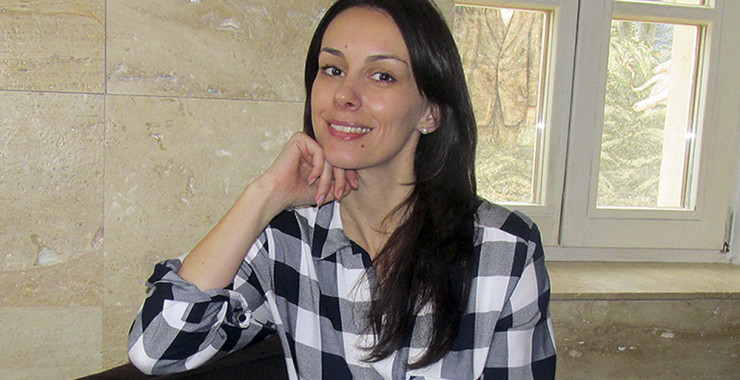 The actress Sloboda MiÄaloviÄ points out that the shooting of the film “On the Milky Road” has been very hard, but after checked material she is grateful for being given the opportunity to be a part of this project.

“Monica Bellucci have made a fantastic role, together with Emir Kusturica,” says MiÄaloviÄ for SRNA, noting that Kusturica offered her a role that she has not been played yet.

According to her, “so far she has mainly starred in specific patterns which are satieted, while the role in this movie is something completely different.”

MiÄaloviÄ, which currently resides in AndriÄgrad and shoots the last scene of the film, explains that the film is composed of three stories, but neither one stops.

“I play a woman who is emotionally unstable, seemingly strong, especially physically, because she isÂ  former gymnast, but when emotions are concerned – it is a little harder. She lives with her mother and sales milk to soldiers, and she has a brother who is a mercenary in Afghanistan,” explains MiÄaloviÄ.

At one point, the woman she acts falls in love with Kosta, milkman, the man who buys milk for the army. Then she got an order from his brother that she finds a woman to get married when he returns, she finds a person in the camp played by Monica Bellucci.

“Seemingly everything was fine, until she noticed that the man with whom she was in love and wants to marry – loves other,” explains MiÄaloviÄ and states that then begins to plot and conflict between the two women.

Sloboda MiÄaloviÄ notes that “all the time she has been living this movie for the first time felt that her every cell has been involved,” and that “the concentration and energy has been always present, what rarely happens.”

She points out that “the gift that has Emir Kusturica is rare and it is impossible not to bow to such a gift.”

“Here you can recognize the humanity and inner side. He is a gentle man, caring for the whole team. From here I carry a heavenly experience and try to memorize every second I spent filming, primarily for professional reasons. After such a project I will not agree to any compromises, because only like that you can make a good thing. After this film, it’s very difficult to move on, but I’m sure it can not be at the same level like this,” says MiÄaloviÄ.

Sloboda MiÄaloviÄ emphasizes that Bellucci “let Sloboda in her world,” and “managed to get to know privately.”

“Now when we are separated, we often talk. All these superb artists who are successful, who know where they belong, they have no need to prove anything to anyone, they are very hard-working and simple,” says MiÄaloviÄ, and she also emphasizes that this film for her is school of life and profession.

MiÄaloviÄ points out thatÂ  she loved Trebinje as her hometown, and that in ViĹĄegrad would like to live too, because it is has an important place, and that is AndriÄgrad.

“I really love Trebinje as much as town from which I come from, and that is Leskovac. Not at all does not the impression vary, nor experiences, so many great people in one place, qualitative and wise. They perceive me as if I am, their fellow citizen, even often say that I received a monument to life from them, and that is `AnÄelkina kapija` (AnÄelkaâs gate). Now I have wonderful friends with whom I remain in touch. I wish I had some place of my own, and that at some point spend a few months in Trebinje,” says MiÄaloviÄ.

For ViĹĄegrad she says that it has an overwhelming bridge, which leaves no one indifferent.

“I think that all who live in ViĹĄegrad have got a lot with construction of AndriÄgrad because it is very important that a town has a cinema especially a good one like this, then the AndriÄ Institute, the theater … I’d be very happy to live in ViĹĄegrad because here, thanks to Emir Kusturica, are coming well-known and important people and top professors who will give lectures. People here are hospitable, we were greeted very hospitably. I love Drina. Yesterday we had a cruise and enjoyed,” says MiÄaloviÄ.