Story about love and war: Shooting of the film “On the Milky Road” in AndriÄgrad 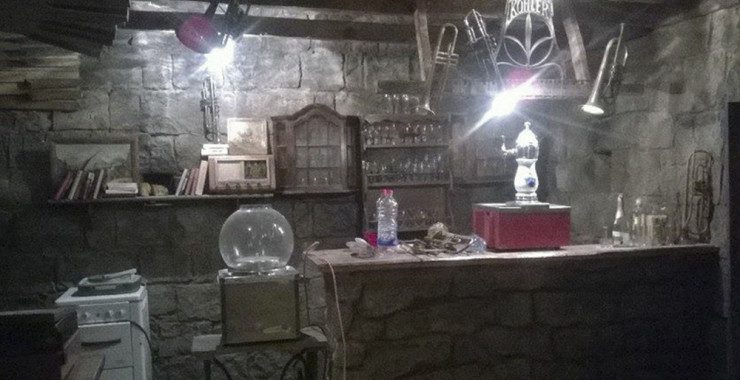 In the theater, “Visconti” in AndriÄgrad continued shooting the film “On the Milky Road”, byÂ the famous movie director, Emir Kusturica.

Serbian actor Miki Manojlovic tells to reporters that it is always a good mood at the set, Â which means that it is not working too fast.

“A great honor for us is to work with the director such as Emir Kusturica,” says ManojloviÄÂ and emphasized the good atmosphere during the filming.

He adds that music, lighting and lots of extras wis hat distinguishes a film, and all that isÂ under the watchful eye of Kusturica.

Film “On the Milky Road” will be filmed in AndriÄgrad next few days, and besides ManojloviÄ,Â appears Serbian actress Sloboda MiÄaloviÄ, and movie celebrity Monica Bellucci.

The film is a story of love and war in which Kusturica is in the role of a monk, Bellucci plays aÂ girl who falls in love in ManojloviÄ, who in the film plays brother of a milkmaid SlobodaÂ MiÄaloviÄ.