Vidovdan in AndriÄgrad: At the Byzantine Square will be performed play “Bela kafa” 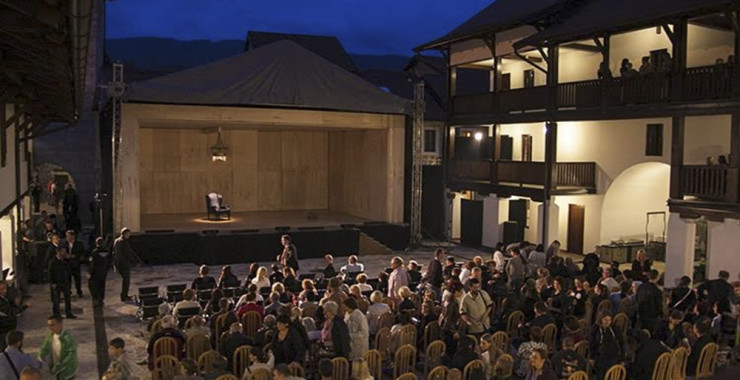 The play “Bela kafa”, performed by the National Theatre from Belgrade, played at the Byzantine Square in AndriÄgrad within Vidovdan ceremony.

The director of the play, Milan NeĹĄkoviÄ, told to SRNA that to the audience in AndriÄgrad last night had been presented a play by one of the most important Serbian playwrights, Aleksandar PopoviÄ.

“It is placed in the period between 1941 and 1955 and speaks of a family of six, atypical and recognizable Serbian family and deals with the questions and answers why the real Serbian family has disappeared from this area,” said NeĹĄkoviÄ.

According to him, in this play are represented the causes and consequences of the disappearance of a bourgeois family.

“Love and hate are intertwined in this play, respect and disdain, humor and bitterness, mutual destruction, but also to support,” said NeĹĄkoviÄ.

Neskovic said that it was a great honor to be at the birthday of AndriÄgrad, which represents a new culture of Piedmont on the border of Serbia and Republic of Srpska.

“I’m tied for this placed to a specific and profound way, given that I have directed the official opening of AndriÄgrad and the anniversary of the First World War. This honor, which was pointed to me by Emir Kusturica and that now at the birthday of AndriÄgrad we preform this play, is a great pleasure, but also a duty,” said NeĹĄkoviÄ.

He pointed out that he wasÂ  enthusiastic with the audience, and for next year announced the theater festival in AndriÄgrad.

After the show, was held a concert by the rock group “Riblja Äorba”.