BELGRADE: AndriÄgrad is a great hope for tourism of Republic of Srpska 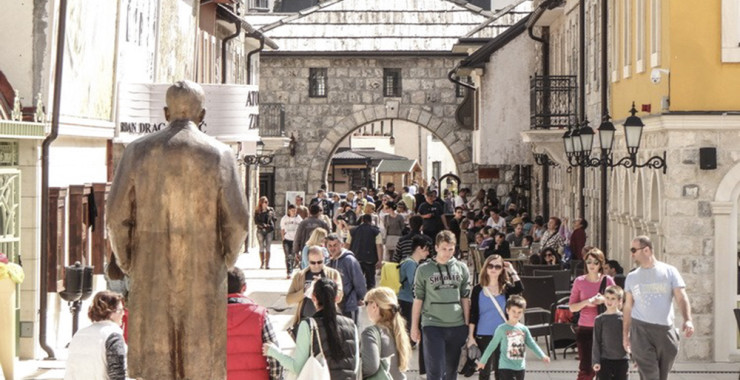 Senior Associate in the Tourist Organization of RS (Republic of Srpska), Branka MihajloviÄ, has told to SRNA that she would recommend adventure tourism, rafting on the Vrbas and Tara, rivers and national parks, then city break destinations, or visit AndriÄgrad, Trebinje and Banja Luka.

“We hope that number of guests will increase and also overnight stays in the future and of course we recommend the spa centers in the Republic of Srpska -`Banja VruÄicu`, center of LaktaĹĄi and Spa Dvorovi”, says MihajloviÄ.

From the offer she single outs the European Rafting Championship in Banja Luka, which is happening at the moment, and Demofest Music Festival and the International Folklore Festival.

Director of the Tourist Organization of Banja Luka, Ostoja BaraĹĄin, says that there is growing interest in rural tourism in RS, adding that ethno village DubaÄevo for only one month of work has been visited by many tourists.

“The Ministry of Trade and Tourism gives grants for those who want to invest in ethno-tourism”, says BaraĹĄin.

He adds that the Ministry issued a competition which was completed on the 8th of May for awarding grants worth up to 2.5 million for the renovation of buildings that would be used for rural tourism.

“The Belgrade manifest” which represents the tourist offer of Serbia and neighboring countries has began today and will last until Sunday, May 24.