AndriÄgrad: Book “Srpska runa” by Oleg Valecki has been promoted 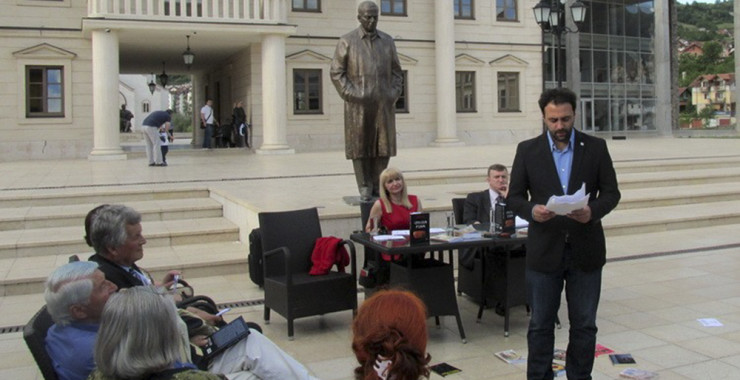 The book “Srpska runa” ( Serbian fleece ) by Oleg Valecki, has been promoted at the square of Nikola Tesla in AndriÄgrad.

The owner of the publishing house “PeĹĄiÄ i sinovi” from Belgrade, Vesna PeĹĄiÄ, at the presentation that has explained that this book is a corpus of texts and documents of all the researchers who have studied tacit past, with the intent to reconstruct and present it in the most credible way.

“It’s a book that I recommend to all lovers of history, because it is of great national significance for Serbs. The book tells about the history of our ancestors, which has been running continuously around 1,000 years,” says PeĹĄiÄ.

The actor Aleksandar Lazic said that the great interest of Serbian nation to promote such acts in Serbian, but also to multiply story on the issue of identity.,

An actor, Aleksandar LaziÄ, says that the great interest of Serbian nation to promote such books in Republic of srpska, but also to multiply story on the issue of identity.

“The story about Serbian fleece, which Valecki wrote, needs to reach out to the people and that is the best way to understand what is the main message of our national identity,” says LaziÄ.