KUSTURICA: Academy of Performing Arts will be the strongest school of directing 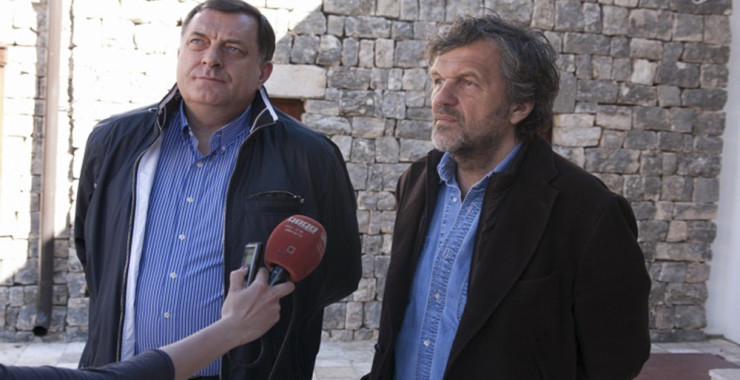 Director of the AndriÄ Institute, Emir Kusturica, says to Srna that the Academy of Performing Arts in AndriÄgrad, which will receive its first students in October, will be best equipped and most powerful school of directing and starring in the region.

Kusturica says that this is Presidentâs regular visit to AndriÄgrad during which decisions have been made that everything what has been agreed before will be realized.

“One of these decisions is the foundation, as well as historical and literary prizes that will be awarded by the AndriÄ Institute,” says Kusturica.

He points out that the president of Republic of Srpska today visited the theater, which should be ready by the end of the year, and the interior works are expected to begin within a month.

Kusturica says that it is planned that next year at the theater scene in AdriÄgrad and Venetian theater “La Fenice-Verdiana” simultaneously will be performed premiere of the opera “The Bridge on the Drina”.