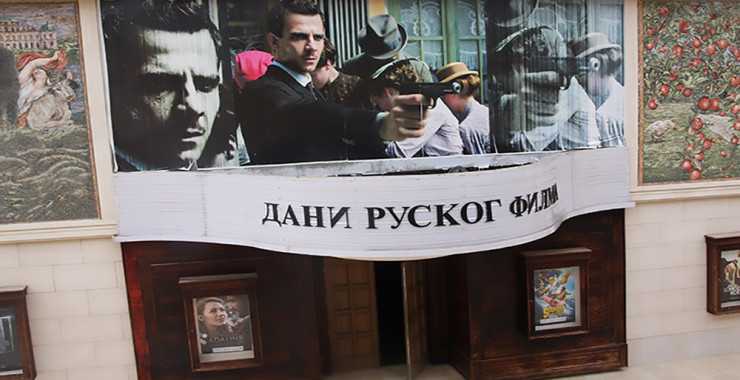 At the multiplex “Dolly Bell” in AndriÄgrad tonight has begun the Russian movie festival, during which will be presented seven movies.

Gorica ÄeÄez from the AndriÄ Institute says that the Second World War is this year’s theme of the movies that will be shown.

“Serbs and Russians have the misfortune to have suffered tremendously and participated in both world wars, but they have also built a rich history that will always be an inspiration, for writers and movie makers,” says ÄeÄez.

She adds that the movies are of the highest rank in the art in which is hidden symbolism, tradition and visual splendor.

Cultural AttachĂŠ of the Embassy of Russia in BiH, Ana Ivleva says that the movies for the second revue, which theme is the Second World War, have been chosen by the celebrated movie director and the director of the AndriÄ Institute, Emir Kusturica, and herself.

“We have suggested the best movies and together we have selected seven movies to be shown,” she says, adding that it is a great honor to be in AndriÄgrad and to organize the second revue of Russian movies.

She points out that these are war and anti-war movies that speak of humanism, a man of faith in peace, in a dignified life, about love for the country.

After opening, the film “The cranes are flying” from 1957, directed by Mikhail Kalatazov has been shown.

The festival has been organized by the Russian Embassy in Bosnia and AndriÄgrad.