Huge interest of tourists for AndriÄgrad 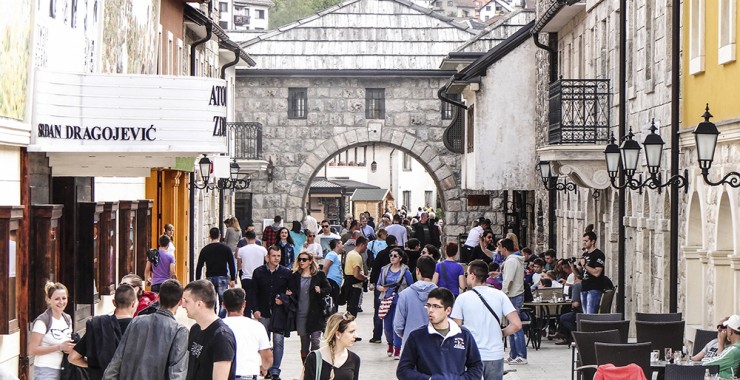 Since the beginning of the construction of AndriÄgrad until now through the engagement of local suppliers and contractors in the economy of ViĹĄegrad municipality has been invested 13 million KM, has confirmed for Srna by manager of AndriÄgrad, ÄorÄije Ĺ ipÄiÄ.

He points out that all the investments in AndriÄgrad has paid out in many ways, most with launching tourism and employment of workers in this complex.

“In AndriÄgrad currently works around hundred employees, and when whole this project finishes, we expect an even greater number of employees in this tourist complex,” says Ĺ ipÄiÄ.

He says that at the Tourism Fair in Belgrade was shown great interest in AndriÄgrad and that there are many agencies from all over the world that are contacting us, and that already have been concluding some arrangements for this year.

“Last year we had 200,000 tourists, and in this we are expecting 250,000 visitors. For now, guest have announced their arrival from Sarajevo, Mostar, Belgrade, Kragujevac, Zlatibor, a great interest for AndriÄgrad we have in Russia,” says Ĺ ipÄiÄ and adds that all accommodation capacities are booked for 1st May.

Ĺ ipÄiÄ states that when visitors arrive in AndriÄgrad, they have a wide range of offers, and that the greatest interest, except the tour through AndriÄgrad, is a ride through the canyon of the river Drina, a tour to the monastery in Dobrun, tour to Mokra Gora and visiting the Bridge on the Drina.

“This year we have achieved cooperation with tourist organization from FoÄa, for the tourists who come to the rafting in FoÄa will have an opportunity to also visit AndriÄgrad,” adds Ĺ ipÄiÄ.

He announced that in 2015 AndriÄgrad will be rich with cultural events, especially music and various folk festivals, which will begin in mid-year.