Students laid flowers at the monument of Ivo AndriÄ 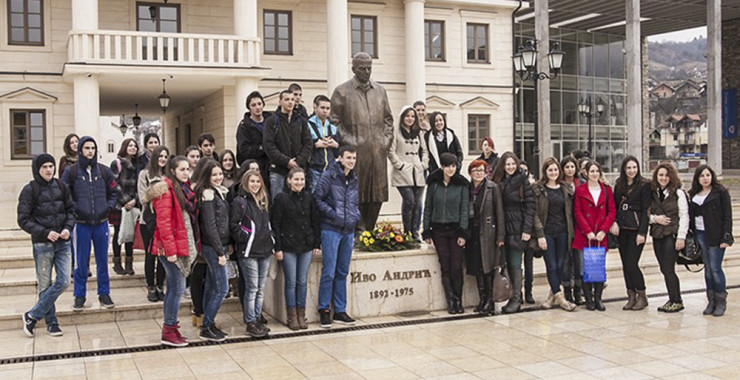 On the occasion of the 40th anniversary since the death of Serbian writer, diplomat and Nobel

Prize winner, Ivo AndriÄ, students from high school “Ivo Andric” from Visegrad, IV-1 class and third year of the School of Economics, laid flowers at the monument which was made in honour of one important Serb in AndriÄgrad.

This was a kind of history lesson and literature for students, reminder and paying respect to one of our greatest writers in whose honour AndriÄgrad was built.

Next to the monument with students was photographed and their professors Divna VasiÄ. 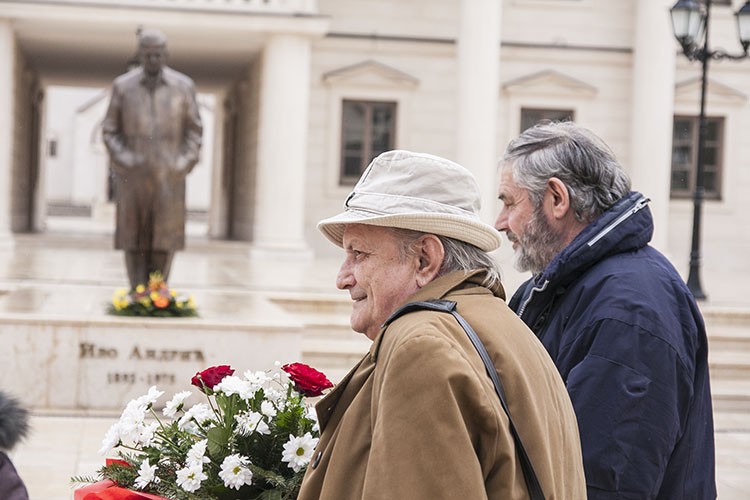