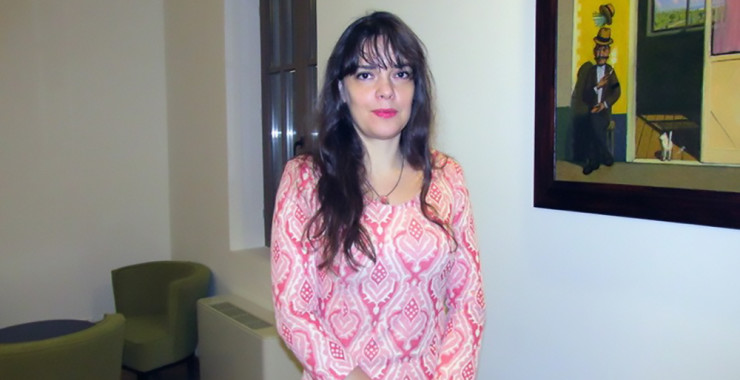 As part of AndriÄgrad, an artist from Belgrade, finished postgraduate painting studies, Bisenija TereĹĄÄenko, made an anthology mosaic with the image of Gavrilo Princip and eight members of âMlada Bosnaâ on the wall of the cinema “Dolly Bell”.

Before mosaic of “Mlada Bosna”, this artist has done a mosaic that resembles being in the nature, socializing and visiting ViĹĄegrad.

During the decline of the classical way of expression and an increase of turning young artists towards instant solutions, Bisenija has chosen an old mosaic technique, which can not provide to her an immediate success.

She says that the idea of a mural with members of âMlada Bosnaâ was from movie director Emir Kusturica, who wanted to perpetuate the memory of the young men who gave their lives for the ideals of freedom.

“Together we have chosen the characters, members of âMlada Bosnaâ, who are represented on the mosaic. I did not want mosaic to be cheering, to bring euphoria in itself, but to introduce the idea of sacrifice,” says TereĹĄÄenko to SRNA. 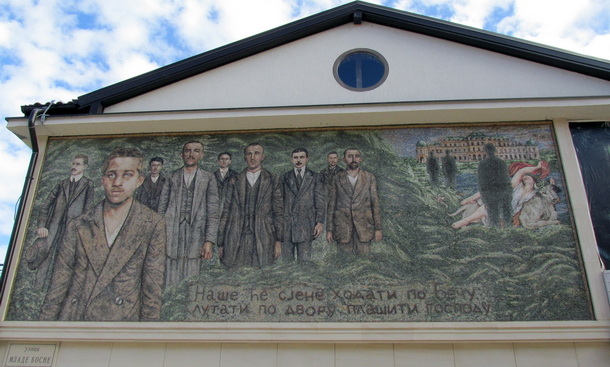 She explains that the mural, dedicated to Gavrilo Princip, draws the attention of visitors with its atmosphere. The mosaic depicts an event that is not cheerful nature. Faces of members of âMlada Bosnaâ are serious – they are standing behind Gavrilo.

Movie director Emir Kusturica, whose ideas vivify AndriÄgrad, says that the message of the mosaic: these young men could not be murderers and terrorists, as some people want to present in their ideologies. 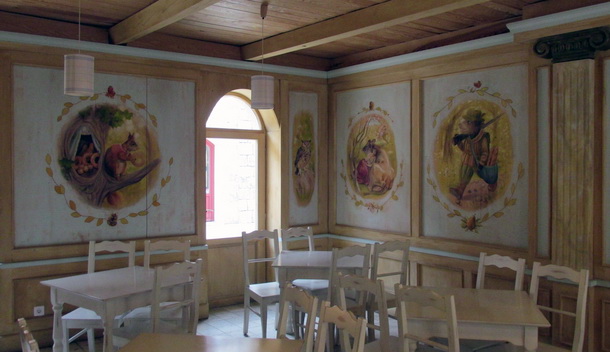 He states that “neither Hitler nor any IzetbegoviÄ will not be able to take away this huge mosaic dedicated to the hero, who some people under the pressure now are trying to present as a terrorist.”

A memorial of Gavrilo Princip in Sarajevo in 1992 with sledgehammer was destroyed by members of the Army of BiH. Then they destroyed and Principâs foot prints on the site of the assassination that were in front of the museum.

Similar happened after the arrival of German troops in Sarajevo in 1941, when the occupying forces, together with the Ustashas, took a commemorative plaque to Gavrilo Princip, about which there is a documentary film footage.

With the mosaic, dedicated to members of âMlada Bosnaâ, this artist has done and mosaic that is associated with socializing in nature

“This mosaic is more luxurious and has a lot of merry details, as it represents an allegory of freedom about which members of âMlada Bosnaâ had dreamed of,” says TereĹĄÄenko and adds that in the meantime painted a bakery in AndriÄgrad. 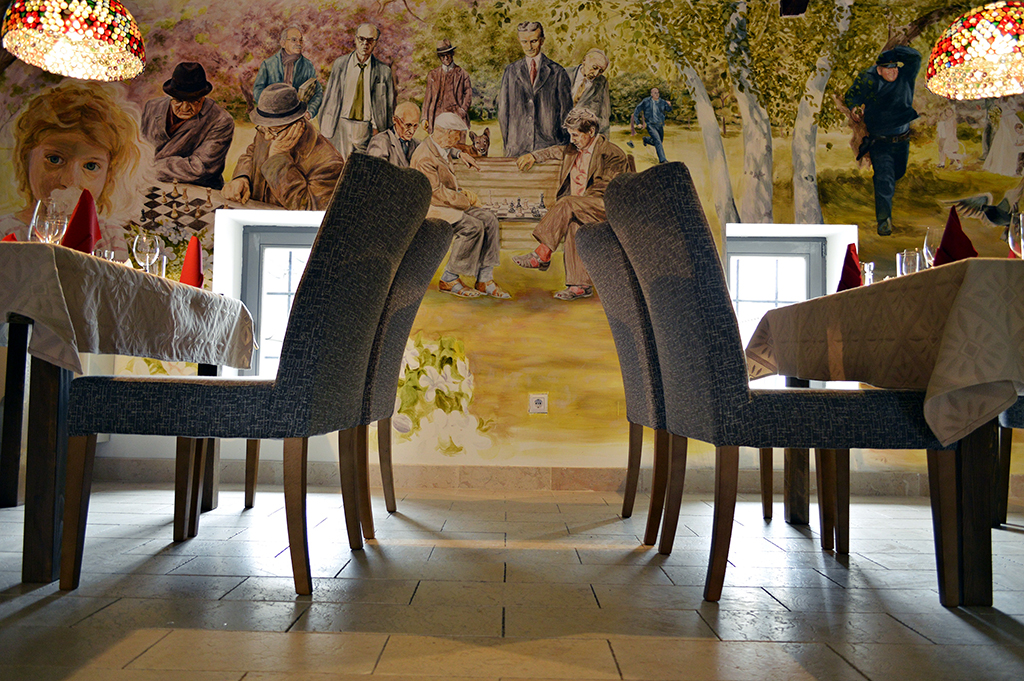 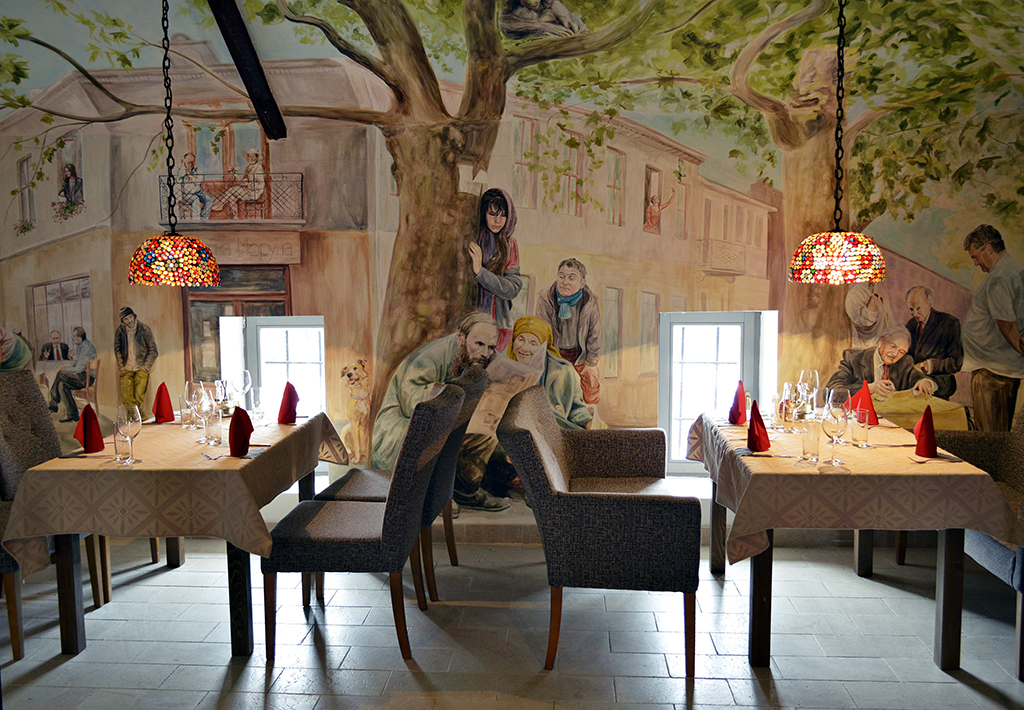 She explains that by idea of professor Kusturica she painted the central hall of a restaurant, a theme is people outdoors and relations of people in the form of games and socializing.

“Painter Bisenija TereĹĄÄenko made in AndriÄgrad everything that she should and her share is significant. Therefore it becomes the main painter of our town,” says the creator of AndriÄgrad, Emir Kusturica.

In the restaurant “Zlatna Moruna” (Golden Sturgeon) is a continuation of Bisenija TereĹĄÄenkoâs work says Kusturica and notes that she has a remarkable gift – bringing those we know in some strange contexts.

Exposing mosaics of secular character, genre scene, in numerous group exhibitions since 2000, Bisenija TereĹĄÄenko has been creating mosaic icons with the religious theme, known since the beginning of icon painting.