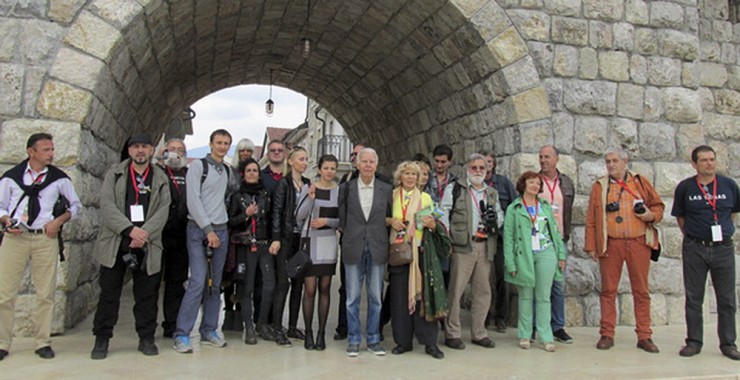 Participants of “Jahorina Film Festival” today, as the part of the event, have visited AndriÄgrad and in cinema “Dolly Bell” showed a thirty minutes long film by Ratko OrozoviÄ, the artistic director and the founder of the festival.

Participants were full of enthusiasm with all what is made in AndriÄgrad in a short period of time, and especially they liked the multiplex, for which they said that did not lag behind the cinemas in their countries from which they come, as well as from Europe.

The artistic director and the founder of the festival, Ratko OrozoviÄ, said that in AndriÄgrad at each step can be seen multiculturalism.

“This is something that will be remembered for generations, and also an attraction for guests from different countries,” sayid OrozoviÄ.

He said this was the eighth festival, which this year attracted a great number of visitors from all over the world.

“This festival has a mission to educate people, to raise awareness to what is ugly and beautiful. Ecological movies speak critically about human beings and the environment, and touristically promote the natural beauties,” concluded the artistic director and founder of the festival, Ratko OrozoviÄ.

Marija Ĺ˝iĹžoviÄ from Serbia, the author of a movie “Kad ti tata kupi slona”, said that she was delighted by what she saw in AndriÄgrad. “AndriÄ described it in his novel, and we have experienced scenes from the novel,” added Ĺ˝iĹžoviÄ.

Participant of “Jahorina film festival”, Tina EtroviÄ Äubrilo, a journalist from Zagreb, said that through this city were transformed AndriÄâs thoughts.

“I have learned a lot about AndriÄ during today’s visit to ViĹĄegrad. Thank you Emir Kusturica for building the wooden and the stone town and turning the attention of world public at this area,” said EteroviÄ Äubrilo.

Besides presenting the movie, the participants had a boat ride with AndriÄgradâs boat “Lotika” to the Bridge on the Drina and forward.