Common tourist offer of Serbia and Bosnia and Herzegovina 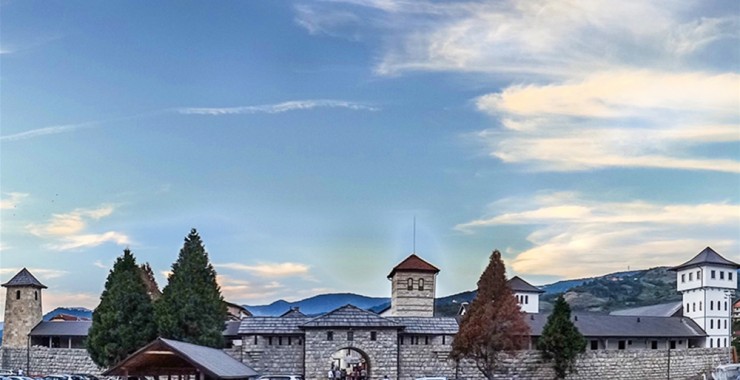 One of the opportunities of Serbia to break into the European tourism market would be a unified touristic offer of MeÄavnik in Mokra Gora and AndriÄgrad in ViĹĄegrad, is pointed out by representatives of touristic organizations of the two border places in Bosnia and Serbia. “The offer that would include Mokra Gora, MeÄavnik, (narrow-gauge railroad) the Ĺ argan Eight and

AndriÄgrad, would be a unique travel package in this part of Europe,” says Ljubomir JelesijeviÄ, host of AndriÄgrada, to BETA. He explains that AndriÄgrad is a cultural, administrative, educational and touristic complex, located on the mouth of two rivers, the Drina and the Rzav and that the desire of the creators of this town is to get more young people to return to the real values. AndriÄgrad is open for tourists only three years ago, and every year around 100,000 people visit it.

Current accommodation capacities of AndriÄgrad, which is located 300 meters from the Bridge on the Drina, is 150 beds, but next next year will be completed construction of a hotel with 54 rooms and 100 beds in this complex, says JelisijeviÄ. According to him, tourists come from all over the world, and apart from the former Yugoslav republics, most of them come from Japan and Austria. AndriÄgrad has emerged as an idea of a movie director, Emir Kusturica about medieval stone town, inspired by the works and characters of a Nobel Prize winner, Ivo Andric. Jelisijevic also says thatÂ  Ivo Andric is the only Nobel laureate who has “his own cityâ.

According to him, for tourists is a curious fact that AndriÄgrad is a mixture of different eras and styles – Byzantine, Ottoman, Renaissance and Classicism. Some of the contents in this town are the Renaissance theater, a replica of a medieval monastery DeÄani, the Institute of Ivo AndriÄ with the Center for Slavic Studies. Complex is managed by enterprise AndriÄgrad, owned by a movie director, Emir Kusturica, ViĹĄegrad municipality and the Government of the Republic of Srpska.

Emir Kusturica in 2002 in Mokra Gora began construction of ethno village, MeÄavnik, also known as Wooden town. The Tourism Organization of this place explained to Beta, news agency, that this project has recovered the economy in this area, because this tourist complex employs about 80 percent of the local population. MeÄavnik visits around 100,000 people annually. This town is characteristic by small wooden houses, each house is authentic, painted and decorated in a different style.