Promotion of the book âZaveĹĄtanje iz kamenaâ has been held 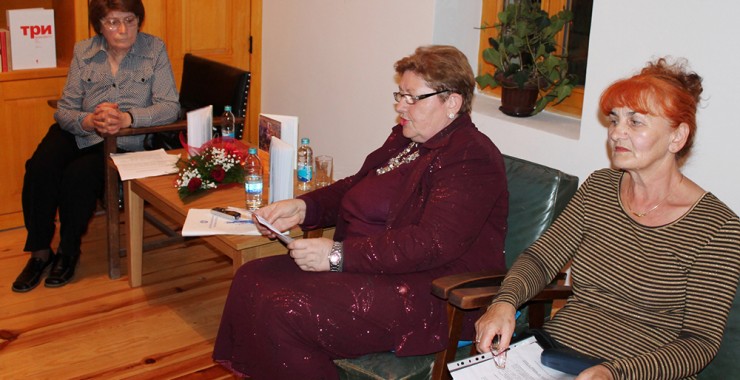 On promotion of the book in the bookstore “Ili-ili” PavoliÄ said that it was a painstaking effort to publish a book, a collection of poems or a collection of short stories, because it required a lot of sacrifice and money.

“Each of has a goal to do something and make money. But the pleasure that youÂ  feel when you see a smile on the promotion of the book is priceless to any price of a book,” said PavloviÄ.

About the book also talked a poet from ViĹĄegrad, Dragica GrbiÄ and a member of ViĹĄegradâs Association of lovers of the written word, Stojko MijatoviÄ. Verses from the book were recited by members of recitation sections of elementary school “Vuk KaradĹžiÄ” and high school “Ivo AndriÄ” from ViĹĄegrad.

“Books are happy when people meet. The poet has delighted us with her creativity and that is why she is today in AndriÄgrad,” said MijatoviÄ at the book promotion.

She added that the book’s title referred to something everlasting, something that was passed on to others as the unwritten law of life.