Scientific Conference “Economics and Crisis” on September 12 in AndriÄgrad 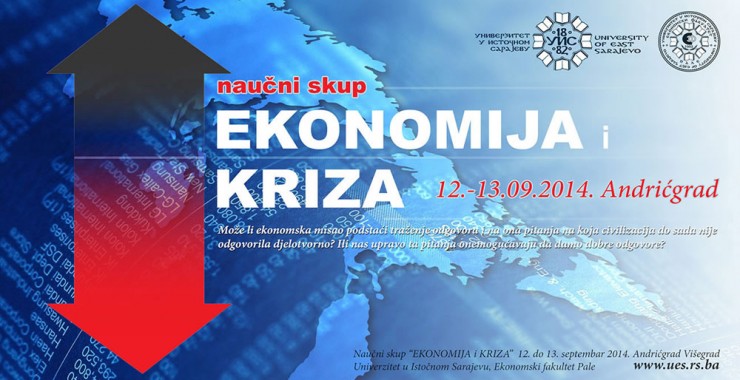 On September 12 and 13, the University of East Sarajevo and the Faculty of Economics in Pale are organizing a scientific conference in AndriÄgrad titled “Economics and Crisis – Do We Need a New Response?”

The Conference will be opened on September 12 at 10:00, when the participants and guests will be addressed by the Acting Rector of the UES Professor Dr. Radoslav GrujiÄ, the President of the Scientific Board Professor Dr. Spasoje TuĹĄevljak and the keynote speakers.

The working part of the Conference, the participants of which include referential scientists in the field of social sciences from the former Yugoslav countries, is organized in three sessions: Dogmas in Crisis, Politics in Crisis, Business and Crisis.

The scientific conference “Economics and Crisis” was originally planned to take place on May 22 and 23, as part of the celebration of the Day of the University and the Faculty jubilee, but was temporarily postponed due to the catastrophic floods that hit the Republic of Srpska at that time.